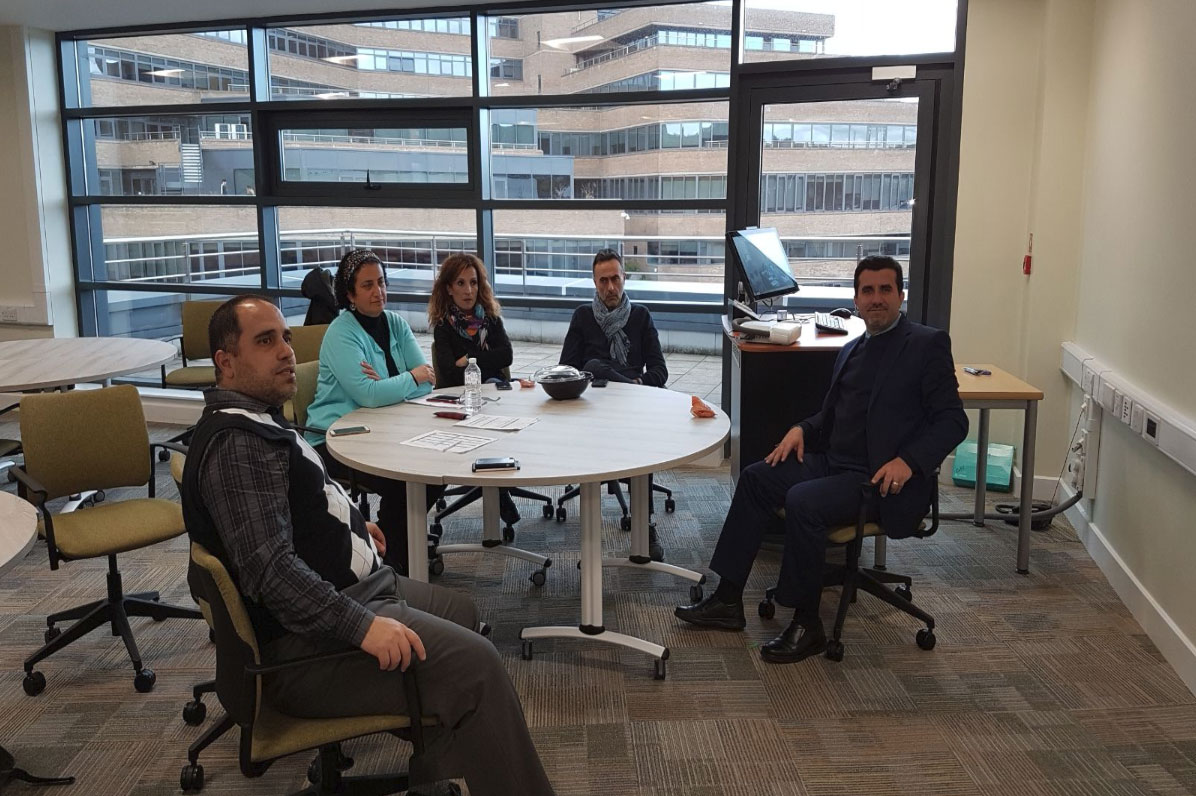 QOU participated in a training workshop that was held in the British University of Huddersfield on 30/10 – 03/11 of 2017, which is one of the activities of establishing economic and administrative research centers in the Palestinian higher education organizations that is funded by the European Union program (Erasmus+).

Six faculty members specialized in the field of administrative and economic sciences attended the workshop, in addition to the project coordinators from QOU and Birzeit University while fifteen participants from Gaza could not attend because permits were not issued from the occupation.

The training tackled different subjects such as; slandered economy, financial marketing, international economy, international strategies in higher education and other subjects in the fields of administrative and economic sciences that were discussed by specialized instructors.

The meeting included different presentations. Dr. Eng. Yousef Sabbah presented the achievements of the project in QOU, then a presentation by the project director in the Islamic University about the upcoming activities and a general discussion about the project and the future plan.